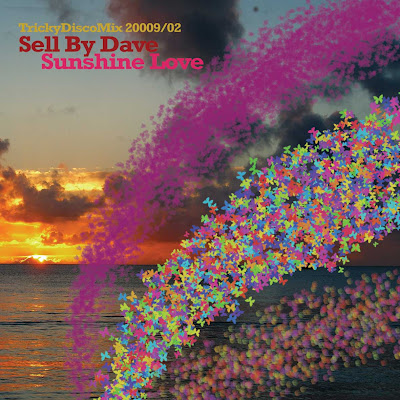 We continue our TrickyDiscoMix series with another selection from yours truly, this time in a more downtempo style. I initially put this mix together as a valentines' pressie to my girlfriend Kate, but she liked it and said I should share it with the world at large. So here it is.
It was initially inspired by the old mixtapes I used to make as a student DJ, where I'd mix some tracks together and drop in the others - the idea being that the music is more important than precise beatmatching. So, in true 'old skool' fashion, some of it is beatmatched and some of it isn't. Musically, it's a mixed bag, starting off on a luscious instrumental hip-hop/street soul tip and finishing off with a bit of loved-up disco and boogie. Along the way, there are some great tracks I've not played in yonks, notably the Marvin Gaye Project's brilliant 'Turn On Some Music' bootleg, 'Music Feel Soul', which was a huge record at Lights Down Low in Sheffield and best before: in Bristol five years ago. There's also a couple of Grand Central bits, some classic Coldcut, a DJ Mitsu The Beats remix, some Love Unlimited Orchcestra (it wouldn't be a valentines tape without a bit of Barry White!), a dash of King Britt and some choice slick disco and boogie. I hope you enjoy listening to it as much as I enjoyed putting it together. Turn the lights down low and enjoy…
Download TrickyDiscoMix 2009/02 // Sell By Dave - Sunshine Love >>
1. J-Walk - Following The Noughties (Grand Central)
2. Gripper - Jazz Cop (Grand Central)
3. Coldcut - Autumn Leaves (Arista/Ninja Tune)
4. Alex Attias presents Mustang - Help Me [DJ Mitsu The Beats Remix] (Compost Records)
5. Marvin Gaye Project - Music Feel Soul (Choonz Inc)
6. Love Unlimited Orchestra - Midnight Groove (Philips)
7. Basement Soul - Boi Girl You Knock Me Out (Kat)
8. Skyy - High [Kenny Dope Classic Remix] (Playa)
9. King Britt presents SYLK 130 - Happiness (feat Alma Horton) (Six Degrees)
10. Starshine - All I Need Is You [Vocal Version] (Prelude)
11. Surface - Falling In Love [Danny Krivit Re-Edit] (Salsoul)
12. Matsubara - S.O.S [Prins Thomas Re-Edit] (Rong Music)
13. Tata Vega - Get It Up For Love (Motown)
14. Gwen Guthrie - Getting Hot (Island)
Posted by Sell By Dave at 17:42 No comments:

Hey you, get on my SoundCloud

Ever the upfront, tech-savvy types that we are, we've recently discovered the goodness that is SoundCloud.com. For the uninitiated, it's a Berlin-based music sharing website that aims to give music listeners (and, specifically, DJs/producers/labels) an easy one-stop place to share music. Think of it as a kind of MySpace/Facebook for music, but with 'private' functions that allow you to promo/share tracks directly with friends, other producers and DJs and so on. As you'd expect, you get your own public profile page where you can showcase tracks, as well as a Drop Box (where anyone can deposit tracks for you to check out - very handy). Just like other 'social networking' sites, you can become 'follow' the producers/DJs/labels you're interested in, which means you get alerted when they upload some new music for public consumption. There are also forums and opportunities to comment on tracks (including 'timed comments', where you can say something about a specific bit of a track or mix).  You can also upload music to share 'privately' with just the people you want to hear it. Simple to use and a top idea, we reckon.
You can check out Tricky Disco's public SoundCloud profile here >>
If you want to send us tracks, mixes etc, you can dump them in our SoundCloud DropBox here >>
Posted by Sell By Dave at 11:01 No comments: 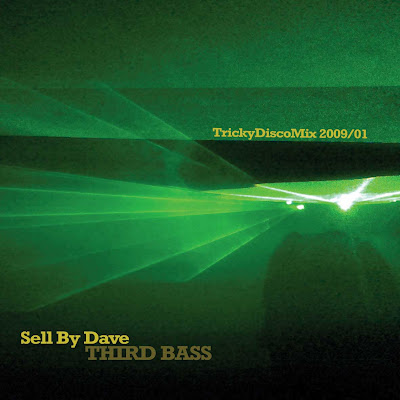 best before: faces The Final Curtain

Those of you in Bristol - and perhaps beyond - will be familiar with Tricky Disco's regular shindig, best before:. For nearly five and a half years we've been putting on parties in a variety of venues across the city, inspired by a love of great music - both new and old - and the sorts of 'anything goes' club nights that thrill, inspire, surprise and entertain in equal measure. It's been something of a rollercoaster, if truth be told, with plenty of memorable nights along the way. We've been lucky to host some of our favourite DJs, who have without fail smashed up the dance alongside some of our friends from the world of dance music - and, of course, our little group of forward-thinking, party-minded residents.
Good things don't last forever, though, and after taking time out to decide the best way forward we've decided to call time on our little party once and for all. Of course, we couldn't go out without a final blow-out, so on March 20th we're taking over one of our favourite spaces in Bristol, Native, for one last hurrah. Ladies and gentlemen, we give you…