Just a quick heads up for those in Bristol with regards to a little party we're putting on with our friends from Freejive. To celebrate their first birthday, they've invited us to share the billing and give their always excellent party the best before: treatment.

Myself and Five-Stylez have fond memories of Freejive from our appearance there before Christmas, where we treated them to the most incendiary Thumbs Aloft live set yet. Back then we played a deliciously energetic mix of disco, funk, breaks, hip-hop and anything else that kept the party going. The reaction was good, especially to MC Coherent's mic hype. This time round I'm flying solo, alongside the rest of the best before: crew - Legendary Tone, Puffin Jack, Richard Carnage and The Kelly Twins, who'll be celebrating their birthday by treating us to one of their legendary party sets. You can expect the usual array of dancefloor goodness, from obscure dub disco, nu-disco, electrofunk and Italo to acid house, techno wrongness, random rock, pointless pop and much, much more. Freejive ressies Jambo and Louie add their deck skills in the warm-up and end of night slots. This all takes place at Dojo Lounge on Park Row, starting at 10.30pm and going on until 6am. Bring it on!

This weekend also sees the return of our fave Sunday night session, Normalise. This time round, Luke Malcher, Puffin Jack and Harry Glazebrook have decided to swap to a Saturday at Cosies (Portland Square, Bristol). Expect the usual odd but brilliant selection of tunes, from slo-mo techno and "sugar time" grooves to psych rock and 60s garage. Our old pal Andy Clarkson is amongst the guests.

To get you in the mood for a party, here's a selection of things that have been rocking Tricky Disco Towers of late…

Kelley Polar: All Around Is Elysium

When former Julliard School of Music graduate Kelley Polar first appeared on our radar back in the early noughties, it would be fair to say very few people were taking notice. Initially known as "that guy who does the strings for Metro Area", Polar began to make a name for himself thanks to a series of inspired EPs on Morgan Geist's Environ imprint. These were truly wonderful concoctions, full of grandiose but understated space-disco with brilliant string arrangements and an aloof, off-kilter feel.

Then came his debut album, the delightful 'Love Songs Of The Hanging Gardens'. Taking his love of vintage electronics, cosmic imagery and studious classicism to new levels, it showed Polar - real name Mike Kelley - to be an artist more than adept at making understated, intergalactic pop. It quite rightly earned him a reputation as a 'one in a million' producer - one whose take on music was different to almost everyone else on the planet. Praise was more than forthcoming, not least from yours truly, who used the pages of iDJ magazine to predict that Polar would "become one of the most celebrated talents of the modern disco era".

Yet since the release of 'Love Songs' in December 2005, we've not heard much from the acclaimed violist. Bar the brilliant 'Chrysanthemum' single – and accompanying dancefloor-friendly 'Rosenband' remix - last summer, all has been quiet on the Polar front. There was also, of course, a remarkable remix of Caribou's 'She's The One' – the sort of record that no doubt confused as many people as it delighted (for the record, we think it's brilliant). That, though, has pretty much been it in recent times.

Soon all that will change and Kelley Polar's profile will rise dramatically, thanks to the imminent release of his second album, 'I Need You To Hold On While The Sky Is Falling'. And this time, people might just get it.

Certainly, 'I Need You To Hold On…' is another superb piece of work. It further develops Kelley's widescreen, cosmic vision whilst showcasing a newly-sharpened pop sensibility. At times, it it deliciously out-there and experimental; opener 'A Feeling Of The All-Thing', for example, is one of his most adventurous tracks yet, an other-worldly fusion of whispered vocoder vocals, disembodied operatic wailing and bubbling electronics - all cut through by those trademark strings. 'Zeno Of Elea' is equally eccentric – a beatless electronic journey layered with his unique harmonies and an oddly-confident vocal. See also the weightless rush of 'A Dream In Three Parts (On Themes By Ernesco)' and the eerie star-gazing of 'Thurston & Grisha'.

Yet for all the neo-classical electronic experimentalism, there are also moments of pure pop genius. See the sharp, dancefloor-centric duet 'Entropy Reigns (In The Celestial City)' (a tribute to a "party without end", it's Kelley at his most Arthur Russell-esque - though since Russell was a cellist, Kelley may take issue with that comparison), the previously-mentioned 'Chyrsanthemum', 'Rosenband' and, most gloriously, the seven-minute 'Satellites'. It's here that Polar momentarily turns soul singer, emotionally opening his heart to the woman (or man) of his dreams ("you keep me waiting… and I could wait forever"). With a careful bit of spit and polish and the odd nip and tuck, it could be a bona fide dancefloor slayer. Also worth mentioning is the glistening 'Sea Of Sine Waves', which sounds like Brian Wilson's 'Our Prayer' as played by the Cantina Band in Star Wars. Sort of.

Certainly, 'I Need You To Hold On While The Sky Is Falling' is an album you'll be hearing a lot more about before it's March 31st release. Quite rightly, too; if there's a better leftfield electronic pop album this year, I'll be surprised.

Kelly Polar's 'I Need You To Hold On While The Sky Is Falling' is released by Environ on March 31. Watch this space for a special feature celebrating 13 years of Environ Records. 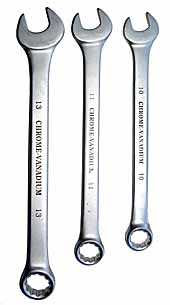 Here's a little musical bonus for you all in the shape of another instalment of the 'Merkin Manor' mixtape series. This one was recorded live last night and features a mixture of wonky techno, deep house, Balearic bits, Italo and electro. It was put together on the fly by myself and the Kelly Twins - AKA The Piece DJs. The recording went a bit spazzy towards the end (something to do with the rubbish old CD recorder we use) so I've faded it out. We've attached the original final track - a brilliant unreleased gem from Hiem and Roots Manuva - as a sort of reprise.

Download 'Sell By Dave & The Kelly Twins: More Music From Merkin Manor' from Sendspace >>
Posted by Sell By Dave at 16:24 No comments:

Notes from the (Bristol) underground

Just a quick heads up about a new blog started by our mate Andy Morris from BYTE, one of Bristol's best club nights. It's called Bristol Underground and is designed to showcase all that is good and underground in our fair city - be it brilliant unsigned electronic music, new bands, graffiti, photography, top club nights or DJs. It launched before Christmas and has already got some fascinating content.

Vist the Bristol Underground blog >
Posted by Sell By Dave at 13:20 No comments:

Ahead of our best before: bash with Chris Duckenfield this weekend, I thought I'd offer up 5 Tricky Picks for the week ahead…

4. Mock & Toof: Big Hands For A Lady/Woof (M&T Inc, white label 12")
Perennial blog faves Mock & Toof launch their new label with a pair of epic, dancefloor-centric groovers. Choose from the dub disco vibes of 'Big Hands For A Lady' and the deep house Dj tool 'Woof', which has ace bongos and even better keys. Not their best IMHO, but still worth heavy rotations.

5. Atjazz feat Mr J: Together (Mantis Recordings, CD-R)
Martin Iveson's new album 'Full Circle' is great - one of those rare dance albums you can listen to time and time again. As you'd expect, there's deep and soulful liquid house fare aplenty, most of which has heaps of dancefloor potential. 'Together', featuring Phuturistix man Mr J, is one of the highlights; an end of night soul anthem that comes with a wonderful singalong chorus. Get those hands in the air!

Enjoy the weekend… we'll see you on the other side!
Posted by Sell By Dave at 17:35 No comments:

It wasn't quite what we'd had in mind, but it was certainly a moment. Sometime around midnight on January 1st, 2008, Puffin Jack stopped the music at The Bank for the assembled throng to soak in the moment. And what a moment it was: nearly a hundred people crammed into our tiny backstreet boozer, hugging and embracing friends and random punters alike. There was an especially loud cheer from Richard Carnage, closely followed by a "Bournemouth Dan" special. Polish Tom had his hands firmly aloft. "Happy New Year" greetings were exchanged with regulars and strangers. Just as things promised to get a bit too sentimental, Puffin kicked back in with Liquid's 'Sweet Harmony' and the place went mental. Welcome to 2008 - let's get it on.

2007 had been a memorable year for best before: for so many reasons, first and foremost our return to Bristol clubland. Until I met Rich Carnage and Puffin Jack at the end of 2006, best before: had been away for a while; our last Tricky Disco parties were earlier that year. Once I'd got to know them, I suggested supplementing their Mutant Disco and TAPE bashes with a more disco-flavoured offering at The Bank. They said they'd love to do something. So, in April, best before: was reborn.

Since then, things have gone remarkably well for us. All our 2007 parties at The Bank were memorable, with the Chris Duckenfield, Mudd, Rune Lindbaek and Daniel Donnachie nights standing out. We also memorably guested at Timbuk2, Clockwork and Native, launched our own label - Pointless Edits - and had a hand in setting a new world record for the largest game of musical statues ever seen. It was as bizarre and brilliant as it sounds.

So what of 2008 for best before:? We'll be picking up where we left off in 2007 for sure, continuing to put on great guests at Bristol's best boozer-cum-disco rave den. We'll also be hosting parties with promoters from outside Bristol, bringing the best of the UK's underground eclectic/disco/freestyle nights to our fair city (and taking our Bristolian madness around the UK). We hope to put on the odd bigger night at other venues, too, with international guests.

Our first party of 2008 takes place on Saturday 5th January, when the legend that is Chris Duckenfield will be returning to rock our wee boozer with another great selection of disco, boogie and random party records. Once he finishes at 12mindight we'll all be heading over to Switch at Timbuk2, where Chris will be housing it up, myself and Legendary Tone will be doing the backroom disco thang and messrs Puffin and Carnage will be bringing the night to a close with a bang. It should be a belting start to 2008.
Posted by Sell By Dave at 15:15 No comments: